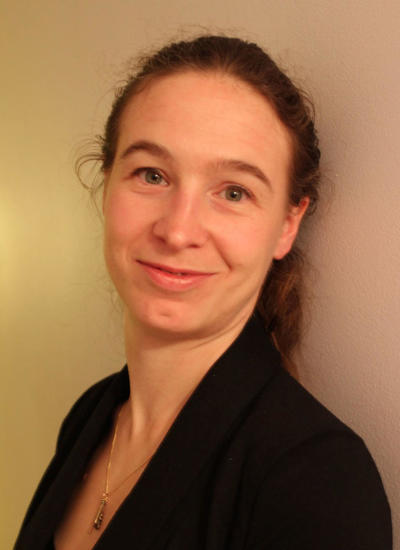 Josien van Wolfswinkel, Ph.D. is Assistant Professor of Molecular Cellular and Developmental Biology. She received her M. Sc. In Molecular Biology and her Ph.D. in Chemistry from Utrecht University in the Netherlands. Her doctoral research in the labs of Ronald Plasterk, Albert Heck, and Rene Ketting, focused on the endogenous role of the small RNA mediated silencing mechanism RNAi in the development and genome stability of the nematode C.elegans. She found that RNAi plays an important role in chromosome maintenance during meiosis and showed that the stability of siRNAs in the C. elegans germline is regulated by uridylation. She also showed that worms express a methylating enzyme HEN-1 that protects the ends of small RNAs against methylation and thereby against destabilization, just like it does in plants. As a postdoc she continued research into the relationship between non-coding RNA and chromatin in the planarian Schmidtea mediterranea. In the lab of Peter Reddien in the Whitehead Institute (Cambridge, MA) she worked on characterization of the planarian transcriptome, establishment of ChIP, single cell analysis, and characterization of heterogeneity in the planarian stem cell compartment.

In January 2016 she joined the faculty at Yale University. Her lab continues to work on the RNA biology of stem cells. She uses Schmidtea mediterranea as a model to study the maintenance and regulation of an adult stem cell population. The long-term aim of the research is to identify therapeutic options of human stem cell-related conditions such as cancer and degenerative diseases.

Research:
Planarian biology presents numerous tantalizing biological enigmas: How can these animals regenerate from any type of injury? How do their stem cells “know” which cell types to form, and how to organize them into the damaged structures? How do planarians maintain a large population of potent, actively dividing cells, while avoiding abnormal growths? And how do they manage to live seemingly indefinitely?

We look at these questions through the lens of molecular biology. We focus on the role of chromatin and RNA in the maintenance, regulation, and control of the planarian stem cell population.