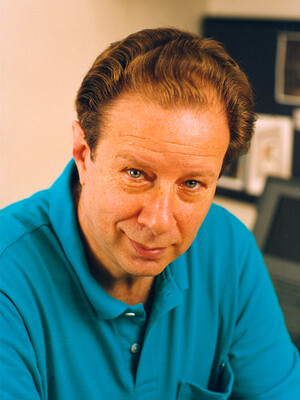 Sidney Altman, Sterling professor of Molecular, Cellular and Developmental Biology (MCDB) at Yale who won the Nobel Prize in Chemistry in 1989 for discovering the catalytic properties of RNA, died on April 5 in Rockleigh, New Jersey, after a long illness. He was 82.

Altman shared the 1989 Nobel Prize in Chemistry with Professor Thomas Cech of the University of Colorado at Boulder. The two worked independently, but their research reached the same conclusion.

Their discovery came as a surprise to the scientific community. It had long been believed that all enzymes — the molecules that catalyze chemical reactions — are proteins. Altman and Cech demonstrated that RNA can also function as an enzyme. Altman first made this discovery in 1978 by studying an enzyme taken from the E. coli bacteria which was a combination of a protein and RNA. He found that the enzyme lost its ability to function if the RNA was removed from the protein. Later, he also succeeded in proving that RNA alone had the same ability to function as the intact enzyme. These discoveries opened many new avenues for further research, including investigations into the origins of life.

“Sid’s contribution to the field of RNA biology was massive, and came at a time when most researchers looked past RNA as just a chemical variation of DNA,” wrote Ronald Breaker, Sterling professor of Molecular, Cellular and Developmental Biology. “His discovery of an RNA that worked as a true enzyme revolutionized the way the entire scientific community thought about enzymes and about the origin of life. His research influence is felt in every research project we pursue.”

After winning the highest award that any scientist can receive, Professor Altman frequently gave talks that explained to the public the challenges of doing science in America. It is hard for young scientists — as it had been for him — to obtain grants based on revolutionary ideas because people are skeptical of them. Distinguished scientists often find it easier, but it is the young risk takers who may be the pioneers.

Once at Yale, Altman did his pathbreaking work, rose through the ranks, and chaired the Department of Molecular, Cellular and Developmental Biology from 1983 to 1985.

In 1985 Yale President A. Bartlett Giamatti, with whom he had great affinity and rapport, named Altman the dean of Yale College, a role he was proud to hold. That position, he said, expanded his horizons, introduced him to a wider range of community members, and gave him a sense of the “human and academic problems” of a major university. He focused on the curriculum and — always a great reader, a fine writer (he had originally wished to make writing his career), and someone devoted to the humanities as well as to science — he led an expansion of both the science and the language requirements of the Yale College curriculum.

“As the dean of Yale College, Sid was extraordinarily devoted to having students conversant in all disciplinary areas,” said Yale President Peter Salovey. “And as someone who was himself a great reader and a beautiful writer, and widely knowledgeable, he believed non-scientists should have an understanding of science, and that scientists would benefit by having a richer understanding of the humanities, arts, and social sciences. The distributional requirements he helped initiate at the time promoted these goals. I am very grateful to Sid, especially, for his monthly (or so) lunches with me during the time I was dean of Yale College. I always appreciated his wisdom and perspective.”

Sidney Altman was born in Montreal, the son of Eastern European immigrants. His mother worked in a textile mill and his father in a grocery store, but both his parents always valued and encouraged education.

As a boy, his interest in science was galvanized by his fear, awe, and fascination with the A-bomb, and by a book about the periodic table of the elements which brought home to him the “elegance of scientific theory and its predictive power.” He had intended to enroll in McGill University after high school, but an unexpected series of events led him to study physics at MIT instead. It was not until after he had enrolled as a graduate student in physics at Columbia University that he found that branch of science not really to his liking. A summer course at the University of Colorado led him to molecular biology, where he felt immediately at home. At Colorado he also found a mentor, Leonard Lerman, who nurtured his interest in this discipline.

First at Colorado, then in Mathew Meselson’s lab at Harvard, and particularly later in England, Altman thrived. At the Medical Research Council (MRC) Lab at the University of Cambridge — where he worked in the lab of Sydney Brenner and Francis Crick — he was surrounded by brilliant people, and immersed in endless conversations about science and generative ideas — as well as in social and sporting functions with other postdocs and staff.

Altman often emphasized that his long road to his discovery had been a hard one. He had persisted because he believed in his theory and in himself. An unrelenting attention to detail that was characteristic of his work eventually brought him success, but not without struggle. As he said in describing his later accomplishment:

“It is the intense mental preoccupation with a problem that is a major factor: seeing it from every conceivable point of view; examining options for solutions and choosing among them. This scrutiny must encompass every detail, winnowing out those that can lead to complex, fruitless pursuits.

Proud of his Jewish roots, Altman took special pride in being a part of the establishment of Judaic Studies at Yale in the 1980s. He was also an honorary trustee of the Slifka Center for Jewish Life, having long served as a member of the center’s board.

Professor Altman is survived by two children, Daniel and Leah, and four grandchildren.