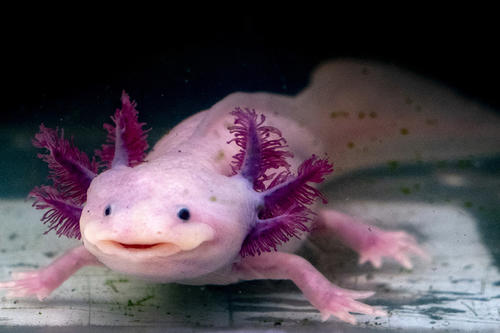 The type of salamander called axolotl, with its frilly gills and widely spaced eyes, looks like an alien and has other-worldly powers of regeneration. Lose a limb, part of the heart or even a large portion of its brain? No problem: They grow back.

If scientists can find the genetic basis for the axolotl’s ability to regenerate, they might be able to find ways to restore damaged tissue in humans. But they have been thwarted in the attempt by another peculiarity of the axolotl — it has the largest genome of any animal yet sequenced, 10 times larger than that of humans.